Visions of the Soul – Exhibition in Kerimäki Church

Visions of the soul in world’s biggest wooden church

Exhibition in the Kerimäki Church, summer 2018 (closed on August 12th). 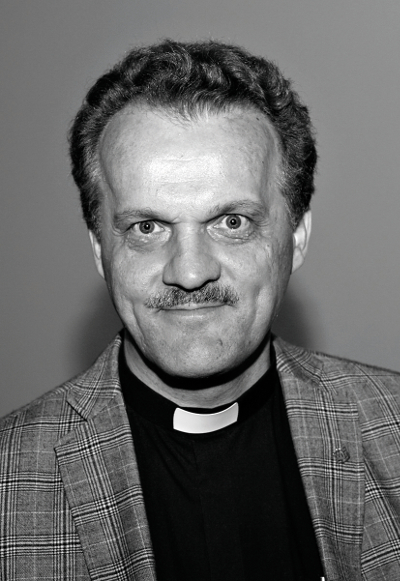 In Kerimäki we welcome the exhibition “Visions of the Soul” to our church which is world’s biggest wooden church and the biggest Christian sanctuary in Finland. Our congregation in Kerimäki celebrates this year on 11th June the 170th anniversary of our church. Official festivities took place on 10th of June 2018.

The experience of a visitor to the church is astonishment, enchantment – and eventually, restoration and strengthening of inner peace. The magnificent and vast interior of the church is bathing in the northern light. The silent and peaceful atmosphere fathoms the visitor in prayer to God and confirms the words of Jesus printed in the altarpiece: Come to me, all you who are weary and burdened, and I will give you rest (Matthew 11:28).

During the summer our church receives some 15 000 visitors. Our church is a sermon about God’s mercy for the burdened. This summer it is not only the church itself that is preaching the gospel: Also the spiritual images will join the silent sermon. On behalf of our congregation I extend my warmest thanks to the artists and Enonkoski Monastic Community for making this possible and wish pilgrims from all over the world welcome to our church and the exhibition. 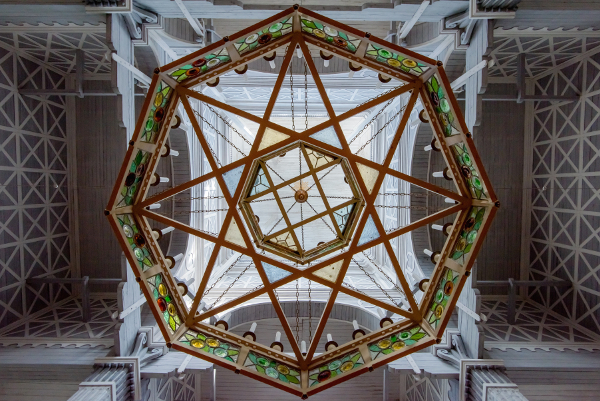 World’s biggest wooden church in Kerimäki is an architectural masterpiece based on local craftmanship. The 170th anniversary of the church was celebrated on the 11th of June in 2018. Photo: Visit Saimaa marketing.

My calm breathing in front of the icon 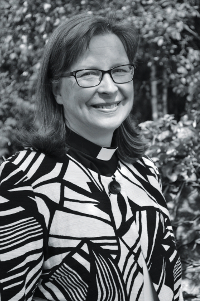 Contemporary icon is reproducing tradition and interpretation of spiritual realities constituting a continuum from the past to the future. Sometimes there are disruptions and tensions, but exactly for that reason, there is a possibility of creating something new.

In the traditional icon painting, the artist declines his or her own need to interpret the topic and theme of the icon. Lutheranism adds a perspective where Christians are encouraged to reinterpret tradition and to reflect it to our own time. Spirituality is like breathing: Breathing in the wisdom of tradition and breathing out my own response to questions posed by it.

In our time we see a strong quest and yearning for meaningful spirituality that is not satisfied  through verbal religious expression. Could images capture and communicate some deeper meanings? Or silence – absence of words? The well of the visions of the soul is silent contemplation. Silence is also where these visions point the way.

Creating images is a way of interpreting the Bible comparable to unhurried contemplation of the text. This kind of interpretation can assume new forms, while simultaneously being rooted in the biblical tradition. Seeing through images represents a return to an age-old more physical form of spirituality that entails the multi-sensory stimulation and appreciation of non-verbal representation.

Through contemporary icons and multi-sensory reception, we are re-balancing and amplifying a holistic and rich sense of our spiritual reality where our triune God appears as a force restoring and maintaining of inner balance in our lives

Contemplation and study of spiritual images constitutes the heart of a very personal spirituality. Our gaze of the icon constitutes in itself spiritual unification with God in the midst of my own personal life in joy, sorrow, yearning, love, unity with nature and sense of the transient character of life.

Many of the contemporary icons illustrate the great recurring cycle of the church year events. A Christian with an open mind will find in the pictures and stories illustrating these events always new deeper meanings and aspects of spiritual reality. The Christian spiral-like time combines circular repetition with a pilgrimage toward the ultimate destination. 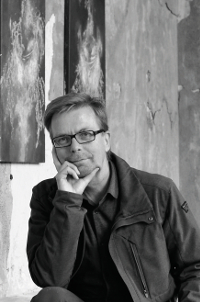 The Lutheran church is the church of word and deed, but seems to have lost it’s touch to visualizing spiritual realities. In the contemporary world it seems that visual imagery is for many people the way to establish a sense of connecting to God and a tool for personal devotion. The idea of the sanctity and the spiritual meaning of icons is not unique to any Christian church. This was the starting point for the exploration for visual representation of the sacred that would highlight the Lutheran spirituality in a fresh and meaningful way.

It turned out to be possible to find partners online from quite surprising directions. We found open-minded artists from Poland and Scotland who responded positively to our daring goal to create icons representing Lutheran spirituality. Professional Polish icon painter Anna Makać was sufficiently experienced to experiment with something that was previously unheard of. She invited her colleague Basia Mindewicz. They had already for ten years in Nowica (Poland) experimented painting of contemporary icons with icon painters and artists.

In Finland we found three artists who were brave enough to venture into strange new paths. All were interested to explore the connection of the image and spirituality.  In August 2016 the first international icon workshop was organized in Enonkoski. Resulting works were presented in exhibitions in Savonlinna and Art Villa Armas gallery in Kangasala. Villa Armas had previously organized exhibitions of traditional icons. Additional work for the exhibition in Kangasala were received from Ukrainian artists who had established contacts with the Polish colleagues and started developing contemporary iconographies.

In 2017 the second icon workshop “The Reformation of the Icon” to mark the 500th anniversary of the Lutheran Reformation.   Financial support was received from Paavali Juusten Foundation and the Finnish Evangelical Lutheran Church Council. In addition to Anna and Basia, two Ukrainian artists and one from Slovakia joined. The new exhibition was organized in the end of the year in St. Paul’s church in Helsinki.

It is still uncertain whether the Lutheran icon will be born. In any case, themes from the Finnish nature and culture made a huge impression in the minds of our partners and these themes were demonstrated in the new works created in the icon workshops. Contemporary icons from Enonkoski accommodate the blue of the sky and blueberries, images of Lapland and the simplicity and peace of life in the middle of the Finnish forests and lakes. Important insights were also gained from visits to the Finnish wooden churches and the orthodox monasteries of Valamo and Lintula in Heinävesi – not far from Enonkoski Monastery.

These images not only carry Christian tradition, but also speak the language of the artists soul and reflect the individuals’ arduous spiritual journeys. If they also reflect glimpses of God’s unconditional mercy and love for the sinners, something essential for the Lutherans has also be communicated. 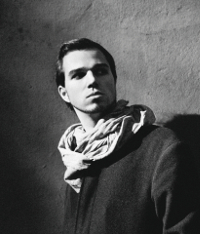 Arsen Bereza was born in 1989 in Lviv, Ukraine. He is working in the sphere of painting and installations. Arsen Bereza finished Lviv State College of Fine Arts in 2008 and graduated from Lviv National Academy of Art Department of Painting in 2014.  He is living together with his family in Lviv and worked in Lviv, Istanbul and Wroclaw. Arsen Bereza has taken part in many exhibitions and realized personal projects in Finland, Poland, Ukraine and Turkey. Bereza participated in Icon workshop in Enonkoski Monastery in 2017. 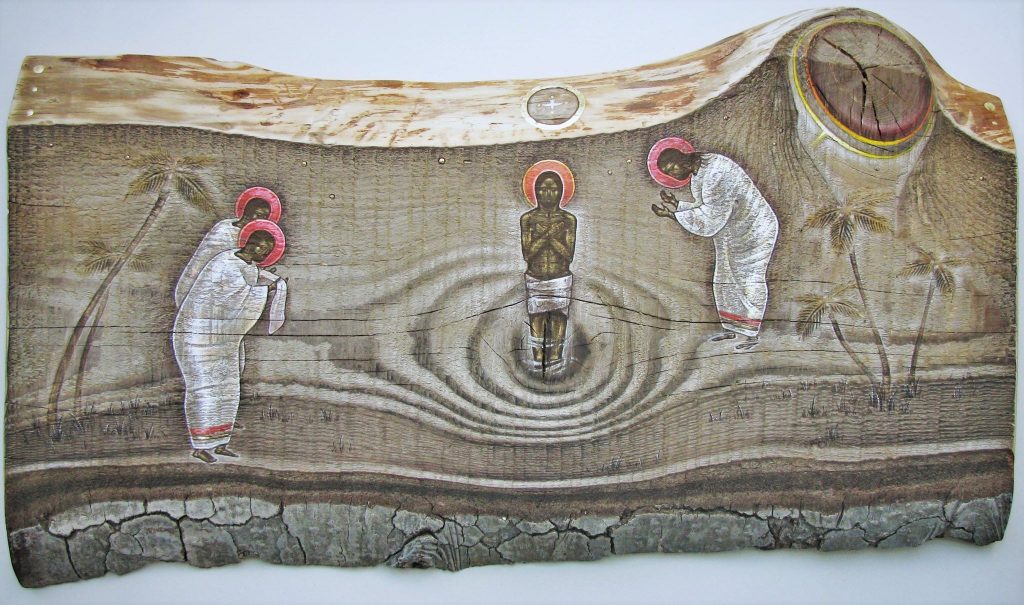 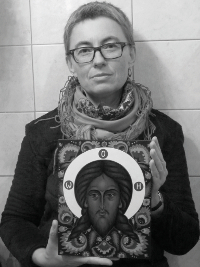 Anna Makać was born and lives in Gdynia (Poland). She studied restoration of painting at the Faculty of Fine Arts of the Nicolaus Copernicus University in Torun (Poland) graduating as Master of Fine Arts in 1991. For her master’s degree project of restoration of 18th century icon she received a distinction by the Polish Ministry of Culture. She was also awarded in 1993 for her series of illustrations for children’s Bible. During her studies, Anna discovered her love for the paintings from times gone by – icons, religious paintings in the Orthodox tradition. Since 1990 she works as a professional iconographer. Creates both classic-style and 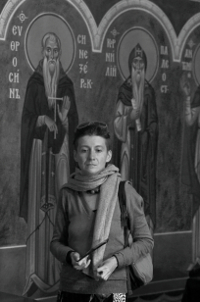 Special Education with an MA and continued studies in College of Iconography, Bielsk Podlaski. She has been painting icons since  2008 and taught icon painting in Poland and UK. She is the founder of Edinburgh School of Icon Painting and has participated in many exhibitions both in Poland and the UK. She the member of British Association of Iconographers. Basia explains her relationship to icons: “I am interested in bringing the traditional and the modern into dialogue. Icon painting has opened to me as a long path of development both as an artist and deeply concerning me on the personal level. Simultaneously, meeting people from different cultural backgrounds has shaped and deepened the experience of the world and human being. The process has also crystallized my spiritual insight. Combining the traditional and modern expression, I seek capture this spiritual experience in a process where my inner vision is merged with the external realities. It tells me a lot about myself, our world and what eventually unites us as human beings regardless of our background.” 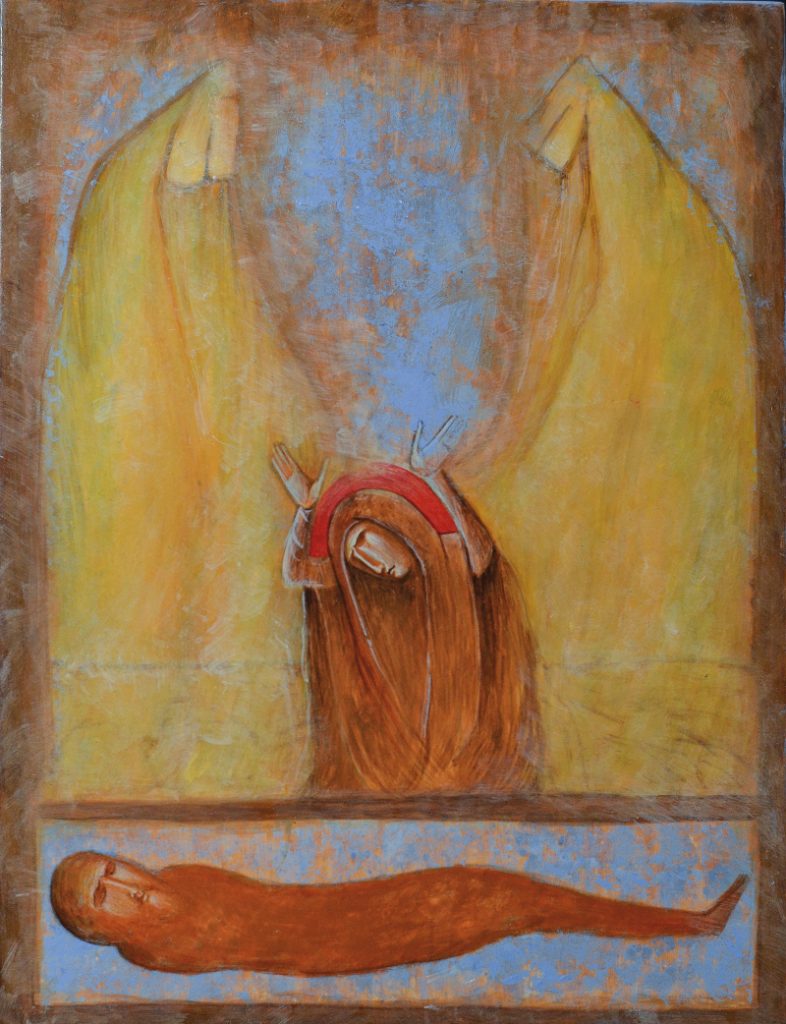 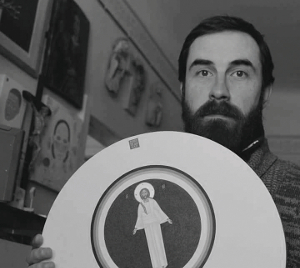 Danylo Movchan (b. 1979) graduated from Ivan Trush Lviv State College of Decorative and Fine Arts Department of restoration in 2000 and in 2006 from Lviv National Academy of Arts (Sacred Art Department). He is a member of Ukrainian Iconographers Union. He has participated in more than 60 exhibitions and en plein air in Ukraine, Poland and USA and recently in Modern Icon exhibition in Helsinki. His works are located in churches and private collections in Ukraine, Belarus, Russia, Poland, Germany, Italy, France, Finland, Canada and USA. Movchan also participated in icon workshop in Enonkoski Monastery in 2017. 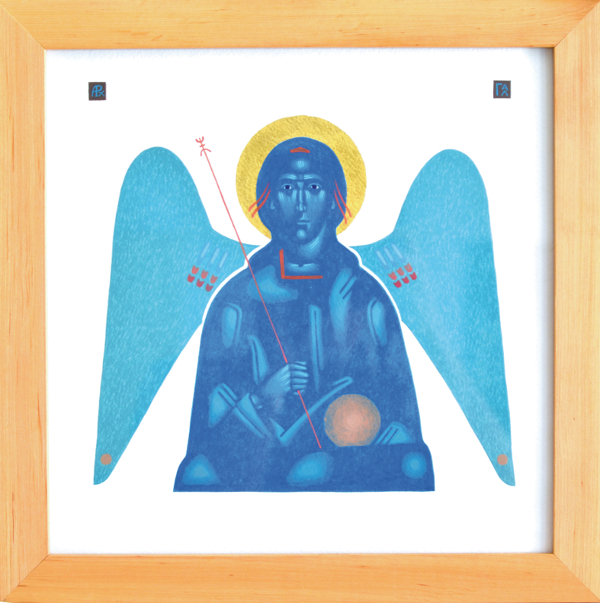 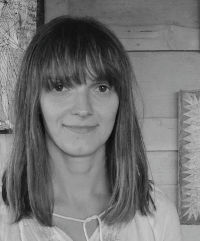 Natalya Rusetska (b. 1984) is from Khmelnytskyi (Ukraine). She graduated from Lviv National Academy of Arts, department of Sacred art in 2008 and is living and working Lviv. Her works are in the private collections in Ukraine, Poland, Canada, USA, Italy and Austria among others. She has participated in numerous exhibitions in Ukraine, USA, Lithuania and France.